Joel Dison became the Pastor of Pawnee Baptist Church in May, 2015.

Joel graduated from the University of Alabama at Birmingham with a Bachelor of Science in Electrical Engineering in 1989 and has been working in the secular industry since then.  Joel accepted the call to bi-vocational ministry in 2006 and enrolled in the New Orleans Baptist Theological Seminary, where he graduated with his Master of Divinity degree in 2011.  He has been serving in bi-vocational ministries since 2007.  Joel is committed to reaching Pawnee, the surrounding area, and ultimately the world for Jesus Christ.

Joel and his wife, Patty, have two adult biological children, Tim and Zach, and one adult adopted child Jason McCormick. 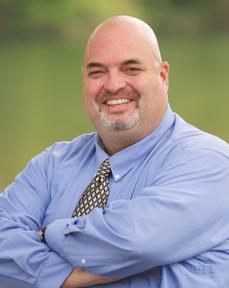 Reaching our Community for Christ

As part of our partnership with Springdale Baptist Church, Terry Preston is serving as the Interim Music Director for Pawnee Baptist.